Why ‘Buwan at Baril’ is necessary theater once again | Lifestyle.INQ ❮ ❯ 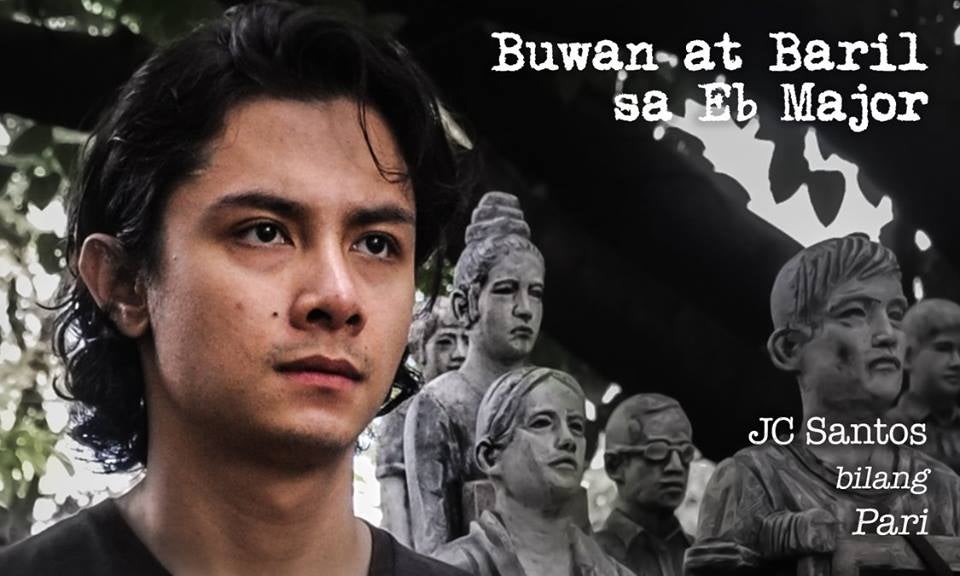 Why ‘Buwan at Baril’ is necessary theater once again

This was what JC Santos felt when he accepted the role of a priest in “Buwan at Baril sa Eb Major,” Chris Millado’s play about eight seemingly different characters whose lives are connected by experiences under martial law.

The last time Santos was on stage was a year ago in Red Turnip’s “Constellations,” where he played leading man to Cris Villonco. Since then, the Dulaang UP-trained actor has become a breakthrough television star through the hit teleserye “Till I Met You.”

But, “The stage is my first love, so I’m glad may theater ako para mag-recharge after six months of working for TV,” he says.

“Buwan at Baril” was written by Millado, now the artistic director of the Cultural Center of the Philippines, as a commissioned work for the Philippine Educational Theater Association in 1984.

He recalls writing it two years before the People Power Revolution, “as an attempt to put a human face to the people’s struggle. During that time, most of the representations were done slogan-and-poster style to depict the struggle against fascism and dictatorship. I was drawn to the specific and personal dimensions of sacrifice, and also hopefulness, during those dark times.”

The characters were people he knew personally, or he had heard or read about.

“My sources were personal interviews—Maita Gomez and CB Garrucho for the Socialite’s monologue, for example. A piece on the militarization affecting the lumad or indigenous people inspired the ‘Babaeng Itawis’ episode. The student and interrogator scene was based on my own personal experience of arrest and interrogation; it was my way of overcoming the fear and trauma that I felt after the incident,” says Millado.

The director, Andoy Ranay, is from Ilocos Norte; his father hailed from Laoag and was pro-Marcos. Everything the young Ranay saw in his surroundings and on TV glorified the dictator, so he grew up believing in Marcos.

But his views changed when he entered the University of the Philippines in Diliman. “Namulat ako,” he says. It was also in UP where he met Cherrie Pie Picache, who became a friend and who acted in his directorial thesis class.

They are reunited in “Buwan at Baril,” with Picache (alternating with Mayen Estañero) playing a wife attempting to retrieve the body of her slain husband.

Ranay and like-minded friends formed the new theater group Sugid Productions, Inc. in July last year and planned to stage “Buwan at Baril” in September in time for the martial law anniversary, but some actors’ schedules didn’t match.

Now is the perfect time to stage it because of the political climate, says Ranay.

“A lot of things that has happened before are happening now; there are even talks of martial law being revived!”

When Joel Saracho, another Sugid founding member, asked Millado for permission to stage “Buwan at Baril,” Millado was not surprised.

“I thought ‘Buwan at Baril’ had become a period piece after the fall of the Marcos dictatorship. I was happy that stories like ‘Buwan at Baril’ could be laid to rest. But with the looming return of authoritarianism, it might find some kind of resonance again,” says Millado.

“Buwan at Baril” is also Ranay’s return to directing a full-length play after doing TV for years. The last play he did was Dingdong Novenario’s “Digital Divide” for the Virgin Labfest in 2012.

“So comeback ko rin ito sa theater, as director of a major production. I’m home, too,” he says. —CONTRIBUTED