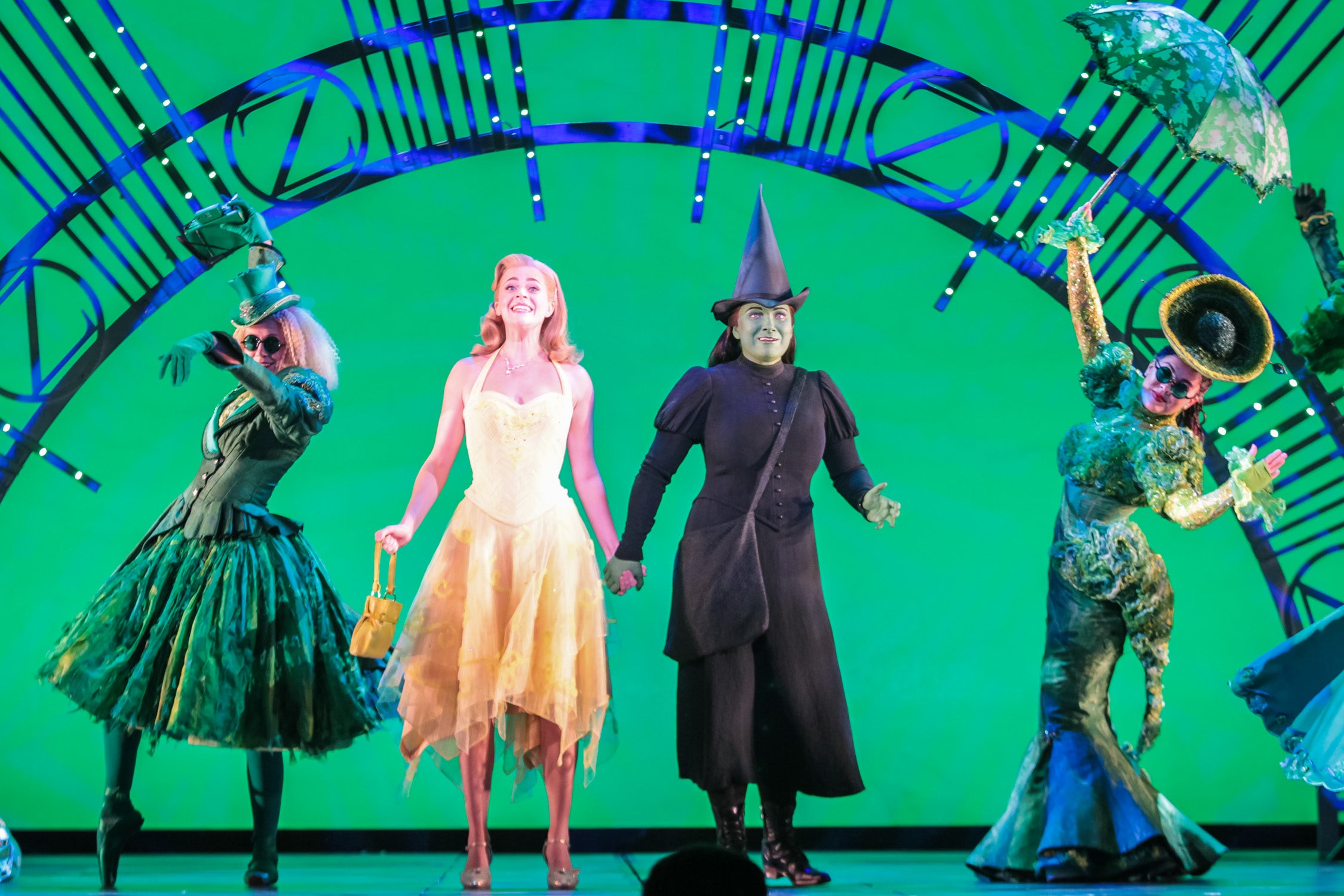 It should come as no surprise that “Wicked,” which debuted in Manila three years ago and is now back via a brand-new international tour that started in Britain last year, still delivers.

This is, after all, a replica of the Broadway and West End productions, give or take a few alterations. To buy a ticket would be to see essentially the same song-and-dance spectacular that made Idina Menzel a household name and “Defying Gravity” a go-to anthem for those with lungs of brass.

At this point, it seems almost superfluous to extol the individual virtues of this show. Put it this way: You definitely get your money’s worth, as far as entertainment value is concerned.

The sound is especially excellent in this production, and that has a lot to do with the top-notch acoustics of The Theatre at Solaire, where the musical plays until March 19. The voices don’t strike you as amplified, and the dynamic mix of the orchestrations allows individual instruments to come to life without distracting from the totality of the music.

Everything else—from the gargantuan scaffold-and-cogwheel set and the rapturous dancing, to the cast of triple threats who amusingly speak and sing in the Queen’s English—helps drive home the notion that it’s the audiences, in the long run, who determine the success or failure of a show.

But there’s also the notion that theater should be a mirror of society. And who would have thought that “Wicked” would turn out to be such a resonant show in the post-2016 era?

A good-hearted witch outcast for her green skin, a vapid blonde beloved for her beauty, an autocratic but fraudulent political leader, the eventual rule of the misinformed mob—suddenly, the musical’s broad (and sometimes broadly illustrated) thematic points cease to be just fodder for the plot.

To see “Wicked” today is to see the year that was—one marked by divisiveness and fear-mongering—unfold as a time capsule in unending shades of green.

That may be just reading too much into a musical that’s meant to be wish fulfillment for teenage girls the world over, of course. But, midway through the first act, seeing that sign that says, “Animals should be seen and not heard,” lets you realize just how closely hewn to real life this revisionist take on “The Wizard of Oz” has unintentionally become.

This production of “Wicked,” led by the winning pair of Jacqueline Hughes (Elphaba) and Carly Anderson (Glinda), with Kim Ismay as a wickedly funny Madame Morrible, may remain a perfectly satisfying sensory assault. The show itself, though, has become so much more than that.—CONTRIBUTED

“Wicked” runs until March 19 at The Theatre at Solaire. Visit www.ticketworld.com.ph

E-mail the author at [email protected] or visit vincengregorii.blogspot.com.