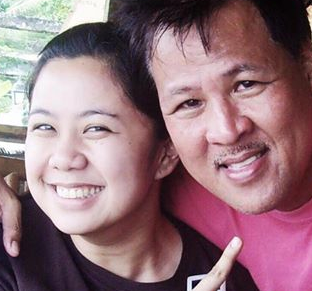 While being the Philippines’ second highest official, Vice President Maria Leonor “Leni” Robredo is still a proud mother amid all the political noise in the country.

On Monday, an ecstatic Robredo took to Facebook to share that her eldest daughter, Jessica Marie or “Aika,” got accepted in the Master’s programs of Harvard and Oxford universities.

“Her Father’s Daughter. Please allow me to be a proud parent again. Received a little bit of good news one after another. Aika got accepted for the Masters Degree programs she was applying for at both Harvard and Oxford, her two top choices. While nothing is definite yet as she is still waiting for the approval of her scholarship applications, these came just at the right time,” Robredo wrote.

Robredo posted a photo of Aika with the late Interior Secretary Jesse Robredo, and photos of the admission letters from Harvard and Oxford, two of the top universities in the world.

Aika got accepted to the University of Oxford’s Master of Public Policy at the Blavatnik School of Government, and to the Harvard Kennedy School as member of the Mid-Career Master in Public Administration as an Edward S. Mason Fellow for the class of 2018.

Robredo called the news as “another lesson in faith” amid what she called “heels of difficult circumstances.” The Vice President is facing impeachment threats from allies of President Rodrigo Duterte.

“This brings to mind our celebrated milestone in the past. Jesse’s TOYM (The Outstanding Young Men Awards), TOYP (Ten Outstanding Young Persons of the World), Ramon Magsaysay Awards, his acceptance to Harvard, etc. all came at the heels of difficult circumstances. And then this. Another lesson in faith. God is truly just,” Robredo added.

The 29-year-old Aika graduated with a Bachelor of Science in Management Engineering from Ateneo de Manila University. Her father’s death in 2012 inspired her to work in government—she first joined the then Department of Transportation and Communications before her stint as executive assistant at the Office of Civil Defense.

She quit her post in late 2015 to actively campaign for her mother’s vice presidential bid. CBB