Richard Cunanan: ‘A bright light of the theater and in life’ | Lifestyle.INQ ❮ ❯ 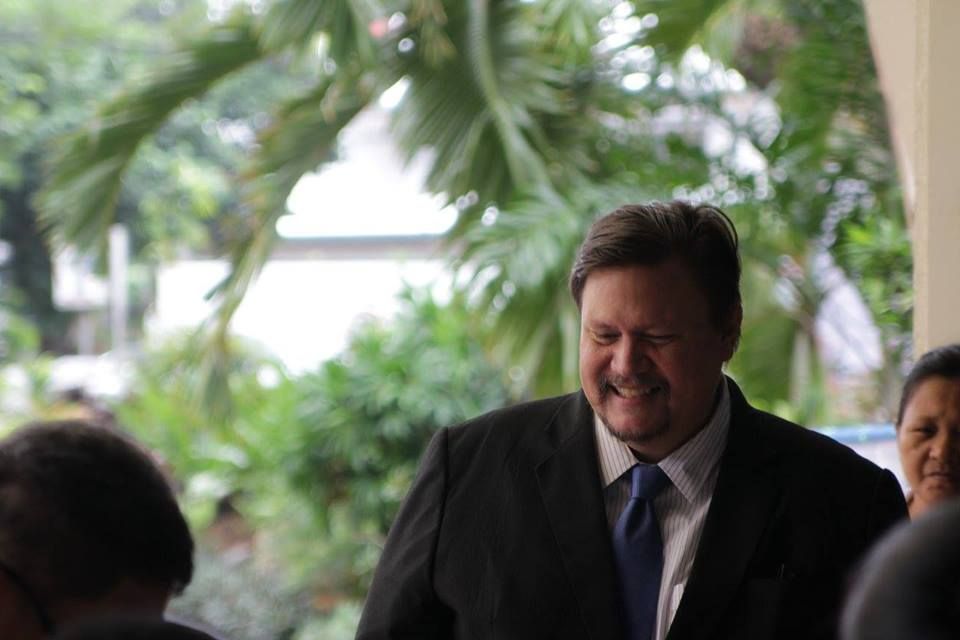 Richard Cunanan; photo taken by his nephew and godson Matt

Richard Cunanan: ‘A bright light of the theater and in life’

He is survived by his sister Kathy and brother Carl.

On Saturday, actor Joshua Spafford posted on Facebook: “My thoughts today are on Richard, mortality and our brief run of earthly life. I don’t know what else to say other than to do what matters most to you and keep your loved ones close. What a sad day. Rest in peace, Rich.”

Co-actor Jeremy Domingo posted a 2010 photo of Cunanan and playwright David Henry Hwang with him and posted thus:

“The last time you could say I worked with Rich was a script reading of a play by this Pulitzer Prize-winning writer last year, set to go into production soon. As with most of his performances, he breathed the lines with sharp wit, great ease and incredible clarity. You’ll be missed, buddy.”

Anton Juan directly addressed the actor on FB: “From Liz Cunanan, an American Professor of English and Comparative Literature and my colleague during my first years of teaching in UP Manila, you must have gotten the tender frankness and the jolly spirit. I loved your mom and I was so happy to know she was your mother. You had my respect for the same qualities as your mom’s, but what I want to tell you is more than that. I loved you as actor, as kindred soul, as one who had the bravery to say what we need in these days is the theatre that will speak out the truth. As you cross to your secret garden, there are many of us who remain who will continue to stay true to the actor’s task of stripping this state of its lies. We mourn Richard and celebrate his grandness of truth as artist and as person.”

From Algernon to pro

Stage actor and director Ricardo Abad knew Cunanan from when he was a college freshman at the Ateneo in the late 1980s. The late actor joined Tanghalang Ateneo at the urging of his classmates, and found a girlfriend and many new friends there. He also got bitten by the theater bug, one that lasted his lifetime.

Recalled Abad: “He only did two productions with me: ‘Becket,’ where he played a young monk, and Wilde’s ‘The Importance of Being Earnest’ where he shone as Algernon. In his junior year, his parents sent him to the United States to complete his college degree at the University of Maryland where, not finding a degree program in theater arts, he took instead what he felt was closest to theater, a course in speech. He was still in love with theater when he returned from Maryland, and found his way into professional productions, notably the Philippine Shakespeare Company under Jonas Sebastian. His affection for Shakespeare grew, as did his skills in performance.”

When the Manila Shakespeare group disbanded, Cunanan turned to other professional companies. “I got him to play Oberon in my 2006 production of “A Midsummer Night’s Dream,” said Abad. “He also did a number of plays for Dulaang UP, not all of which I saw. But one performance showed me how much he had matured as an actor worthy of the professional scene. As George in Floy Quintos’ ‘Fake’ (directed by Tony Mabesa), Richard played a sick foreigner seeking a miraculous cure from a female healer (played by Shamaine Centenera- Buencamino) with such convincing pain and desperate hope. I was moved. He was equally stellar in Tanghalang Ateneo’s production of “Middle Finger.” I was happy to see him achieve much success as an actor. My Algernon—now a pro! And never did he forget that his theater career began playing a young monk in ‘Becket.’”

Cunanan was also Ben Weeks to Bart Guingona’s Ned Weeks in “The Normal Heart” a couple of years back. As Guingona recalled:

“His very first play, having just arrived from the US, was ‘Beau Jest’ by James Sherman in 1995, for the 51st season of Repertory Philippines. We were alternating for the lead since I was scheduled to do another play on the same dates and required an alternate…

“I’m not sure what exactly his last play was, but I’m sure that one of his last ones was ‘The Normal Heart’ where he played my big brother. I loved him in ‘The Normal Heart’ not only because we grew to be as close as real brothers, but specially because he was a real joy to do a scene with. His timing, intelligence, directness and clarity were impeccable. On top of that, he was a man of exceeding wit and intelligence. He was incredibly quick with a witty comeback or a deadpan one-liner that would have the entire room in stitches. Backstage with Richard was always a riot of laughter. You might say I watched him grow as an artist as well as a human being. By the end of his career, he was an excellent, extremely brilliant actor and a wonderful friend. His ready wit, his easy manner, his professionalism made him a bright light of the theater and in life. I’m going to miss him sorely.”

His rare brand of wit and humor is confirmed by Abad, who added: “I have to be on my toes whenever we enter into a jocular conversation. He picks up fast, makes wild and playful allusions, and is expert at turning phrases. That’s why he was so wonderful in ‘Earnest.’ His mind can work like Wilde’s, and he can deliver his own punch lines in private conversation and in his writing. You have to be quick to catch up with him.

“And partly for that reason, young Tanghalang Ateneo members found him so much fun to be with—very supportive and selfless, too. He was more concerned about the production and his fellow actors than he was about himself. He even managed to keep up with his Filipino. He also never talked about his problems, and that’s one reason his Tanghalang Ateneo friends were surprised to know that he was ill in the first place. He was so hale and hearty when I last saw him in January.”

Actor Joel Saracho, who worked with Cunanan in mostly Dulaang UP productions, likewise remembered Richard as “naturally funny. Para siyang may armory of jokes. He was glib and witty, always with a funny retort. I often joked about him as an American with a Kapampangan surname, and then he would give a long narration about his family that he loved so much. Because behind the funny man was a person who loved his family, his country, his art, with a passion much bigger than his girth. The theater community will surely miss Richard. I will definitely miss him.”

Cunanan’s wake is at Christ the King Parish Church, Green Meadows Ave., QC, from Tuesday, March 27, 7 p.m. to the evening of Wednesday, March 28.