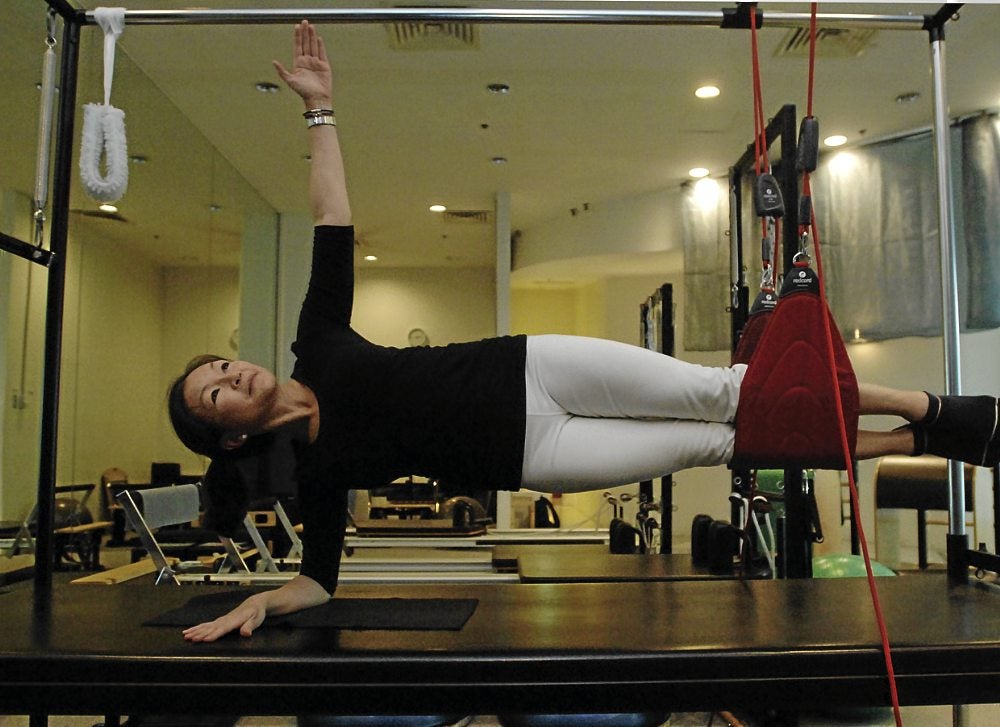 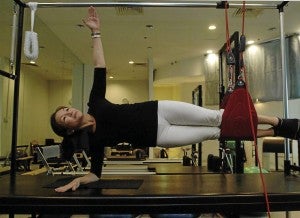 Two cords, bright red, are suspended from above. The woman holds the cords by the straps in the push-up starting position—chest down, hands at shoulder level, palms facing the floor, shoulder-width apart. Her hands, bearing most of her body weight, are a few inches from the ground.

As she lowers her body, trying to keep the cords steady in her hands, only the sound of her controlled breathing can be heard in the room. Her arms begin to shake, but her torso maintains its position. Small beads of sweat begin to form on her forehead. Then, just as steadily, she pushes her body back to starting position.

No, this is not the suspension-training TRX introduced in the country two years ago. This is Redcord, suspension training anchored on medical principles, developed from an anatomical and rehabilitation background.

If TRX was invented a few years ago by a Navy Seal to help his teammates exercise when deployed on long missions, Redcord was developed in Norway 20 years ago to help patients recover from injuries. Redcord recently developed Redcord Active, functional training designed around the anatomy of the human body. 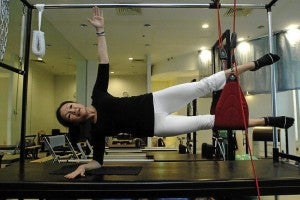 “The challenge here is controlling the body while in space,” says Marilen Concepcion, certified Redcord Active instructor. “There is a lot of instability in suspension. This requires full engagement from the core. Like Pilates, everything comes from the core,” she adds. Concepcion is co-owner of the B+B Studio on the G/F Bonifacio Technology Center, 31st corner 2nd Avenue, Fort Bonifacio, tel. no. 815-1009 and 0917-892BODY.

Redcord is similar to TRX as both are functional suspension-training methods. The big difference lies in the cord. The TRX cord originates from one line and splits for you to exercise with two hands or feet. Redcord uses two separate cords, one for each hand, or four cords for advanced students who want to use their feet at the same time.

“The approach in Redcord is more scientific, similar to the anatomical training I had in Stott Pilates. When it’s anatomical you learn about muscle firing. Not just studying the order of the muscles you need to fire to execute a motion, but knowing the right muscles to fire,” Concepcion says. 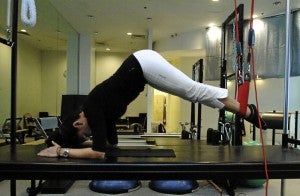 Some exercises, for instance, require the muscles in the glutes to work first before engaging the hamstrings. There’s a pattern and a bit of muscle isolation involved, she said, since it is based on neuromuscular principles. That’s why it is not easy, says Concepcion.

Using two cords, she explains, creates a lot of instability, and forces both arms to be of the same strength. In TRX, for instance, the single line allows the stronger arm to compensate for the weaker arm when attempting to steady the cord and executing a movement. In Redcord, the two separate cords make it almost impossible to compensate for the weaker arm without causing the rope to wobble and the body to dip.

Concepcion herself noticed a balance of strength after seven weeks of training on Redcord. A machine in her gym recorded her muscle imbalance just before she left to train and earn her certificate in Redcord Active in Jakarta, Indonesia. 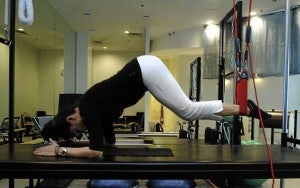 During the entire training program, she never did weight training. When she returned, she had herself measured again. While her right upper body is still stronger than her left, the difference was narrowed down to minimal.

“In Redcord, your body has no choice but to fire the stabilizing muscles. Too much instability from the two ropes just makes this happen,” she says.

Stabilizing muscles are the small muscles located close to the joints, those you thought you never had until you try some exercises and you feel them sore the next day.

“Anyone can do Redcord Active,” she notes. “It’s very challenging but you can build your strength along the way. If you start off with Redcord as your foundation, you’ll gain strength faster. It’s three-dimensional. You can do straight line exercises, bending, rotation, standing, kneeling, sitting, lying on back, lying on your stomach and lying on the side.”

One exercise movement engages multiple muscle groups in Redcord. Compare that to weight training in the gym, where you are instructed to do three or four sets of 15 or 21 reps in, say, biceps curls or triceps extensions. With Redcord Active, ideally you should do three sets of four reps (maximum of four sets of eight reps for advanced and stronger students).

“That’s how challenging it is,” says Concepcion. “And these are not static exercises. There is movement, and with every movement a breathing system. You don’t bulk up doing Redcord. Instead, you develop long muscles.” 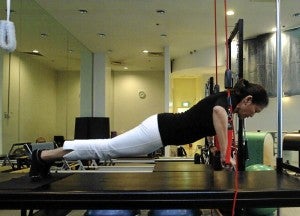 Concepcion says instructors will challenge clients to the point when they see the body shaking. Those are stability muscles twitching on and off, she said. When muscles become stronger they become more stable, so there’s a need to challenge the muscles even more by going lower, further, or nearer the center of the Redcord.

“Because it’s neuromuscular, you engage your head more. So it’s like bigger brains and smaller but stronger muscles. Rather than the small brains-and-bigger muscle-with-less strength method. Everything is moving when you do the Redcord. When you have big muscles you can’t be as flexible, because it’s contracted.”

Concepcion, 50, has always been a health nut, even before college. She started hitting the gym 30 years ago, when women doing weight training was unheard of. Twelve years ago, she trained and competed in powerlifting when there were only two women powerlifters in the country. She could do squats with 87 kg, bench press 42.5 kg, and deadlift 45.45 kg.

“If you want to lose weight, you need to do cardio exercises along with Redcord. This is not a calorie-burn exercise, but it will make you leaner and stronger.”